The Bombing of Sherborne

THE BOMBING OF SHERBORNE

On 30th September 1940, the Luftwaffe launched a major attack on the aircraft factories of South West England; the Supermarine factory at Southampton, Westland Aircraft at Yeovil and the Bristol Aeroplane factory at Filton, Bristol.

At that time, Westland was building Lysander and Whirlwind twin engine aeroplanes but it was also the main shadow factory for the Southampton Spitfire production line. When the Southampton factory was destroyed, Yeovil took on the production and built a total of 684 Spitfires and Seafires during the war.

The Seafire was the naval version of the Spitfire with folding wings, which allowed more aircraft to be fitted into the lifts and hangars of Aircraft Carriers.

During the Second World War there were many shadow factories that were either large and empty or that has spare capacity. When a factory was destroyed or badly damaged, all the aircraft jigs, lathes and milling machines were pulled from the wreckage and moved to the shadow factory so that production could resume.

One of the largest shadow factories was Rolls Royce Hillington in Glasgow which employed 25,000 people, of which 37% were female. Hillington manufactured 23,500 new engines and reconditioned a further 18,500 Merlin and Griffin engines that powered both the Hurricane and Spitfire aeroplanes. Only 7% of the workforce were skilled engineers.

The German bomber force consisted of 43 Heinkel 111 aircraft carrying mainly SC250 High Explosive bombs. They were supported by 92 Messerschmitt Me109 and Me110 fighters. The German aircraft probably took off from airfields on the Cherbourg peninsular and therefore had a long flight over the sea before reaching the Dorset coast. The Me 109 fighters had limited fuel capacity which prevented them from remaining with the slower bombers throughout the entire flight. They would therefore have taken off some time after the bombers, only joining them as they approached the English Coast. Similarly, the fighters would have had to leave the bombers during the return flight.

The Heinkel 111 had a crew of five: pilot, navigator, bomb aimer and two gunners.

Before the D-Day invasion, the allies made numerous raids to destroy the railways in France and Germany. These railways were regarded as being of major strategic importance. Without railways, the Germans would be unable to reinforce their forces in Normandy. The Germans did not seem to target the British railway system which as vital to the war effort. One exception was at Castle Cary, where the line and a goods train were destroyed. Within a few days however, the engine and tracks were pushed to one side and a single track was in operation, although the trains were restricted to 10 mph as they passed the debris.

There were six British fighter squadrons involved in attacking the German bombers that afternoon: five squadrons of Hurricanes and one of Spitfires. Each squadron consisted of 12 aircraft, a total of 72 fighters. Another Spitfire squadron joined the battle that evening.

The main target of the raid was the Yeovil factory but, due to cloud cover, the Germans did not find Westland that afternoon. They were attacked by British fighters but when there was a break in the cloud a town became visible with a railway line in approximately the correct relationship to Westland and the Taunton / Yeovil line and released their bombs.

Position of the bombs dropped on Sherborne. Below an aerial photograph of Westand Works, Yeovil along side the Taunton to Yeovil Railway line with same bomb track.

By transposing the map of the bombing of Sherborne on to a 1940’s aerial photograph of Yeovil it is possible to see that the Westland Works, the experimental hanger, the erecting shop and the flight hanger would have been destroyed.

To minimize the effects of such bombing on Westland, the Drawing Office and Technical Office had both been related away from the main site to Compton House at Over Compton for the duration of the war.

Other ‘shadow factories’ were built in the surrounding area. In addition to new buildings and facilities on the main Westland site at Yeovil, a number of other premises in the town and surrounding area were taken over during World War II and converted for use as machine shops, manufacturing and assembly shops and stores. This was part of a Government policy of dispersing production facilities, to minimise damage in the event of an air attack. The principal ones are listed below.

It should be noted that due to the time that has elapsed it is difficult to identify precise locations and often the detail concerning the nature of the work. A large part of the effort was devoted to Spitfire/Seafire, but by 1942 a great deal of work on other military work was dealt with in this fashion.

Another purpose-built factory was erected at Ilchester at the western end of Yeovilton aerodrome, beginning in October 1939. Like Doncaster, it was part of the Westland Repair Organisation dealing with Lysanders, Spitfires and Seafires.

The premises were vacated within a few months after the end of the war. Ilchester continued to be used until 1984 for repair and rebuild work on RAF Sabres and Meteors and RN Gannets, as a paint shop and for work with composite materials and electrical equipment.

One must speculate why so many of the bombs landed in the fields near Silverlake Farm to the west side of Sherborne. The German crews would have been briefed that the Westland works were situated a kilometre to the west of Yeovil town centre on the north side of the railway line. Navigation in those days was by dead reckoning and the bomber crews would have been told to look out for easily recognizable landmarks to check their position and find their targets. Having mistaken Sherborne for Yeovil, their targeting was very accurate except they had picked the wrong town.

The young German crews had been told that the Westland Works had been camouflaged to look like fields. If the Germans had located Yeovil, Westland would have been completely destroyed. It was saved by some clouds!

The bombs could have easily destroyed a long stretch of the railway line but ultimately did little damage. A number of bombs fell near Richmond Road but most of them landed in the playing fields on the north side of the road.

On the 30th September, 46 German aircraft were destroyed whilst 20 British fighters were lost. A number of the British pilots were able to parachute to safety while the German crew were all either killed or captured.

The bombing of Sherborne, with the loss of many German aircraft and around 200 skilled aircrew, emphasized the difficulties for the Luftwaffe of sustaining such high losses. They had suffered as even greater loss on the 15th September [Battle of Britain Day] and this made them concentrate on night bombing of major cities rather than attacking airfields and factories. While the bombing of Sherborne and the loss of 18 lives was a disaster for Sherborne, it was of little significance when compared with other losses that occurred in war at that time.

The 18 people killed are remembered at the Sherborne War Memorial outside the Abbey.

The Damage to Sherborne.

The town sustained substantial damage to a large number of its buildings but it was fortunate only 18 people died. The bombers struck at about 4.30 p.m. and all the pupils at the junior school at the bottom of Tinneys Lane in Newland had gone home. The bombs totally destroyed the school building. Bombs fell in the grounds of Sherborne Preparatory School and in the Sherborne School courts.

The junior school in the junction of Tinneys Lane and Newland was also totally destroyed a short time after the all the pupils had finished lesson and gone home.

Squadron Leader Peter Devitt, led the eight RAF Spitfires that intercepted the Heinkel 111 bombers over Sherborne. He was an old boy of Sherborne School and was appalled to see bombs falling and exploding in the school courts.

A bomb fell in the road between the Carrington Building and the BSR, destroying the contents of the School Museum and shattering the west windows of the chapel. This bomb did more damage than any of the others.

The German aircraft had formed onto a line astern formation before dropping their bombs. A large number fell in the centre of the town while other parts, the station and Coldharbour were unscathed.

The first bombs fell on fields to the west of Sherborne on Lenthay Common, and did little damage. In the Lenthay Housing Estates ten houses were demolished, 108 house were damaged and several people killed.

As the bombers proceeded towards the centre of Sherborne, the Cemetery Caretaker’s house was destroyed and in Horsecastles bombs damaged a long row of houses.

Bombs fell all around Sherborne Abbey but apart from a few broken windows the Abbey was not damaged. The closest bombs landed in Half Moon Street. The damage near the corner of Half Moon Street and South Street was extensive.

While there was damage to the town none of the key buildings were destroyed and today all have been restored to their former condition.

Bombs in Cheap Street close to junction with Hound Street caused extensive damage in the road and the shops either side.

Guided tours by Blue Badge Guides can be arranged through Sherborne Toursit Office. 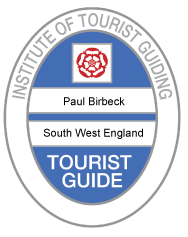 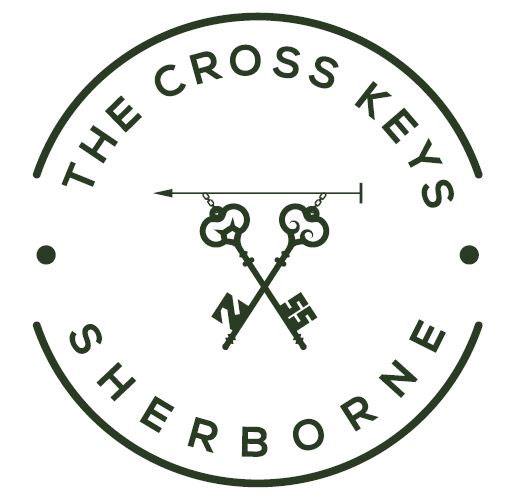